Sindhi aloo tuk recipe is a crispy and delicious potato snack from Sindhi cuisine. Par boiled potato slices or wedges are double fried with select spices. Tuk Aloo tastes best with tea as snack or you can also serve this as side dish wit sindhi curry and rice. 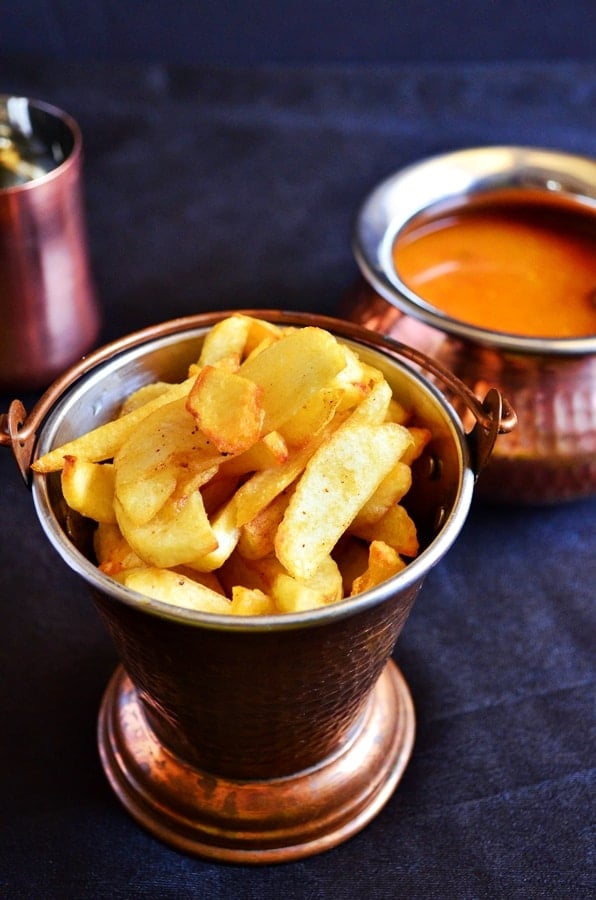 I was introduced to aloo tuk or aloo took through the Kailash parbath outlet in our office. We used to frequent to tis restaurant for lunch and snacks and this took aloo was always on the menu given that the restaurant specializes in Sindhi cuisine.

We loved to have this with tea as snack but when I started to make this at home, I also serve this recipe as side dish with rice and sindhi curry or even dal.

What Is Aloo Tuk?

If you are not familiar with the name aloo tuk is a traditional Sindhi recipe made with potatoes.

It is a crispy, spiced double fried snack or side dish made with potatoes. Usually baby potatoes are used in this recipe but you can easily use regular aloo too.

How To Make Sindhi Aloo Took?

To make aloo tuk at home first of all scrub and peel the potatoes. Slice them or cut into wedges of medium thickness. Do not slice them very thin.

Par boil the potato slices in salted boiling water for 3-4 minutes. Drain and deep fry in hot oil once. Drain and flatten the potato slices, deep fry again until crispy and golden. Finally season with spices and salt. Here I ave added just a pinch of chili powder so my aloo tuk is not bright red.

You can use baby potatoes instead of regular ones.

Do not boil them for long else the potatoes will absorb more oil while frying.

Instead of regular salt add sendha namak or rock salt if you are making this aloo tuk for vrat. 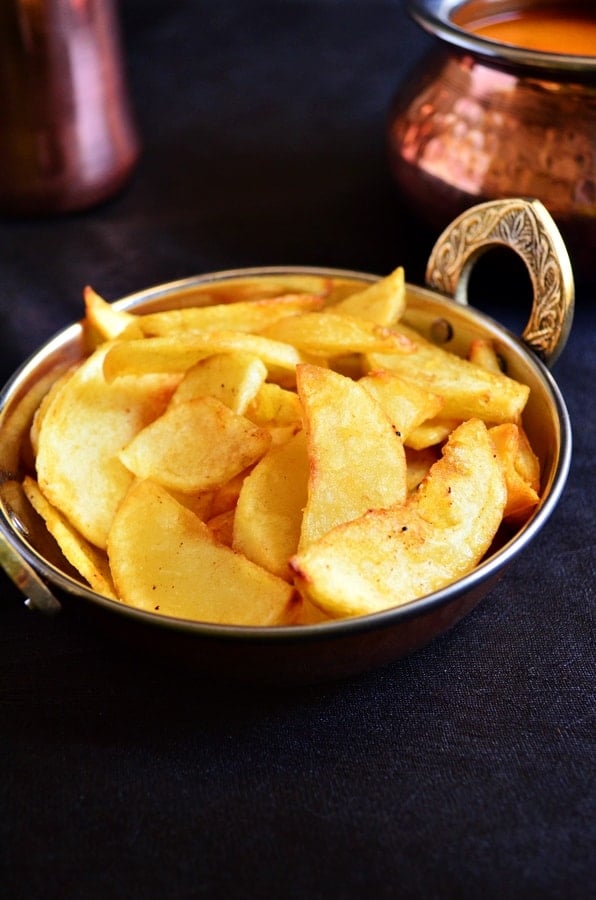 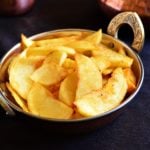 1. Here I have made them into wedges,but you can also cut potatoes into thick circles.
2.You can make this with taro root/arbi/sepankizhangu too,but par boil it before frying.