Mirchi bajji recipe with step by step photos. Sharing a very popular, tasty and addictive Indian street food/ snack recipe today. Mirchi bajji/milagai bajji is a famous deep fried fritter made of long, pale and comparatively lesser hot green chillies, banana chillies also know as ooty milagai or bajji milagai in Tamil. This mirchi bajji recipe is a signature dish that you will find in any exhibition and in beaches here in Chennai. 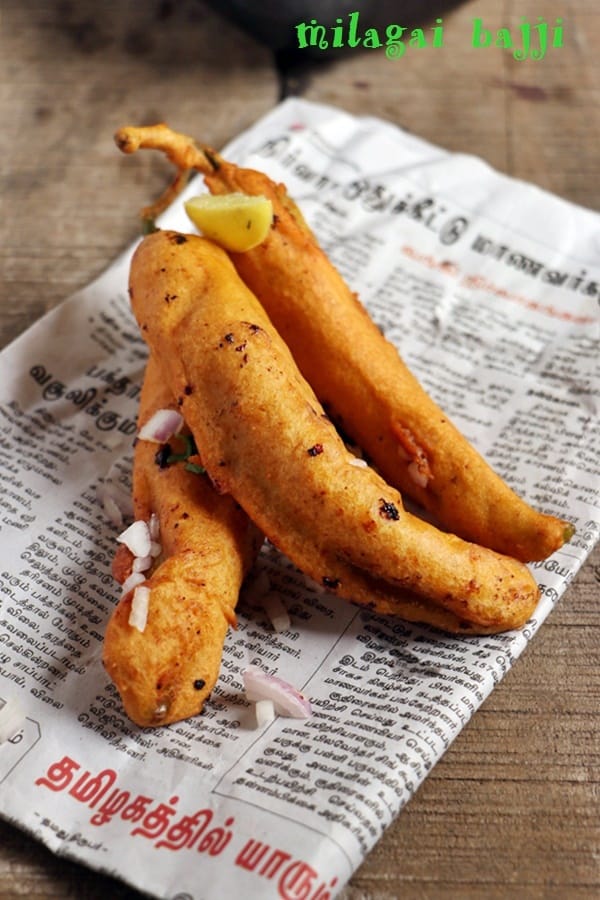 The batter given in this recipe can be used for making bajji with potatoes, plantains and onions too.

This is a very simple recipe but there are few tips to make perfect bajji that does not soak up much oil. So posting this here as it will be helpful for few. 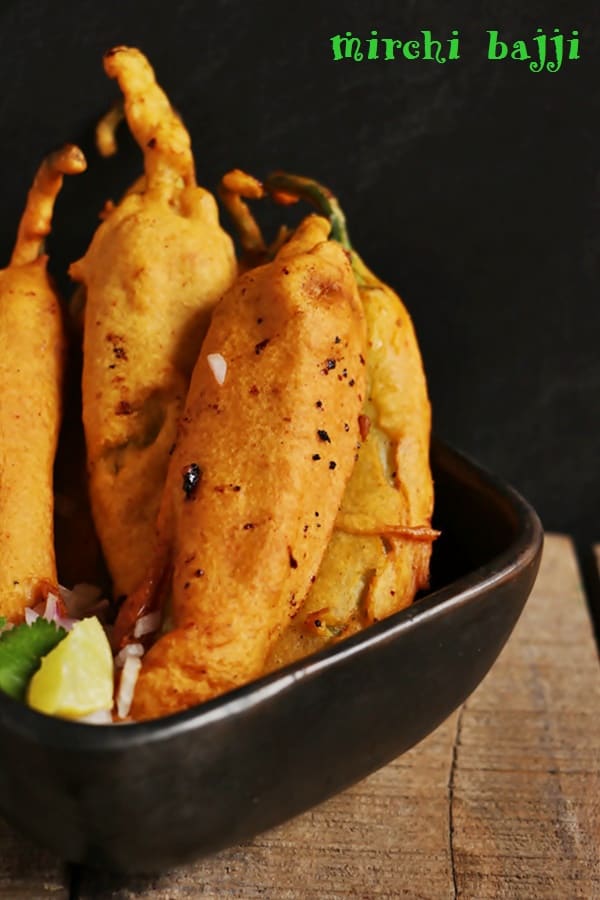 How To Make Best Mirchi Bajji?

I always use 1: 1/3 proportion of gram flour and rice flour in my bajji recipes. If the rice flour is very less and gram flour i more bajji ill be very thick and dense, also soak up much oil.

If rice flour is more the batter will not coat the vegetable well. The correct amount of rice flour makes the bajji crisp and light.

The oil should be very hot while frying the bajjis. If the oil is not hot enough, the frying time will be more and also the bajji will soak up more oil.

You can serve mirchi bajji plain with tea/coffee or with finely chopped onions and lemon wedges to cut the heat. 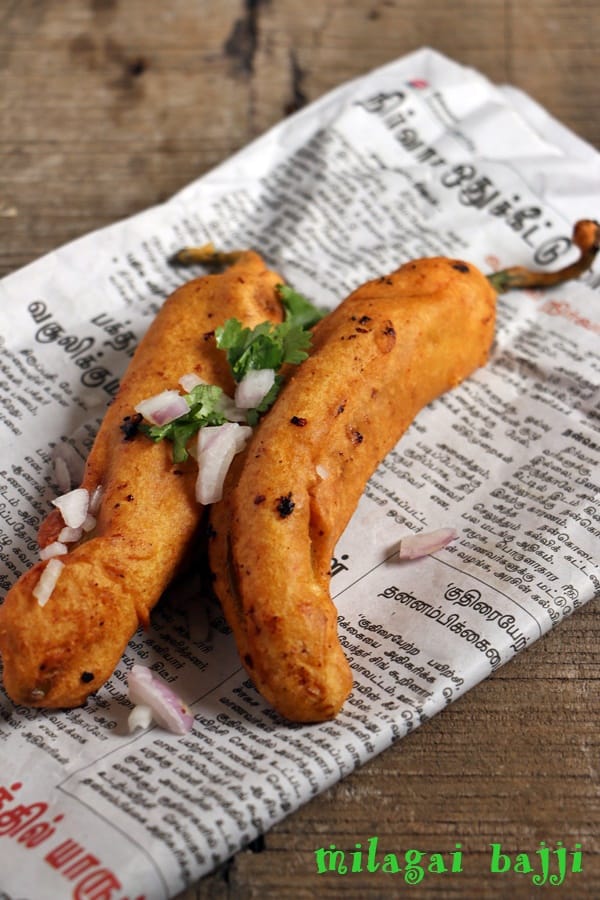 1. Wash and pat dry the banana chillies. You can make a slit and remove the seeds and cord if needed. 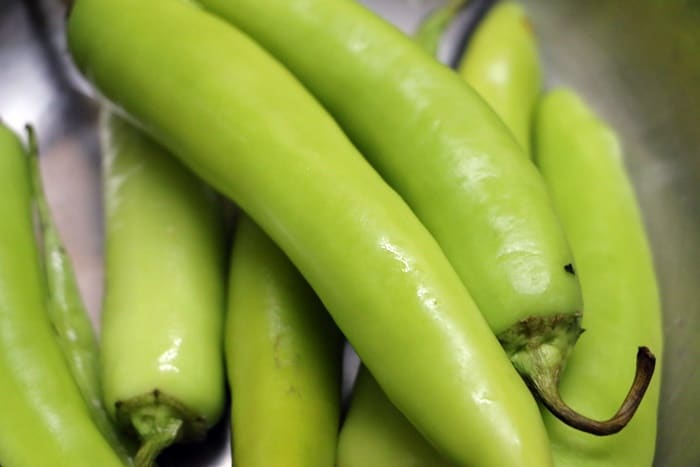 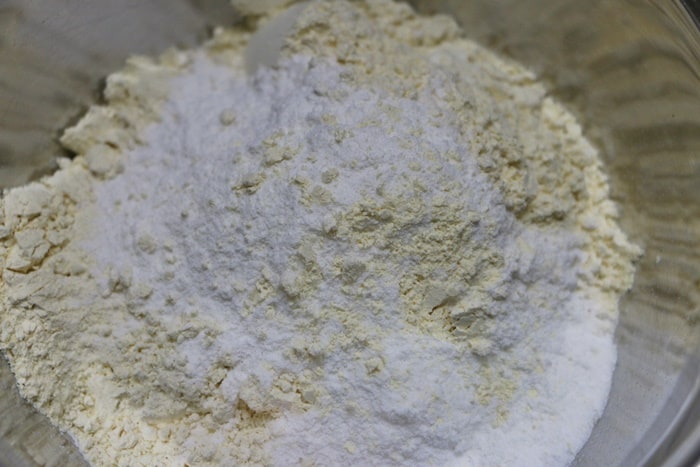 5. Add around 1 cup of water to make thick yet flowing batter. If the batter is too thick, it ill remain uncooked from inside, if very thin it will not coat the vegetable. 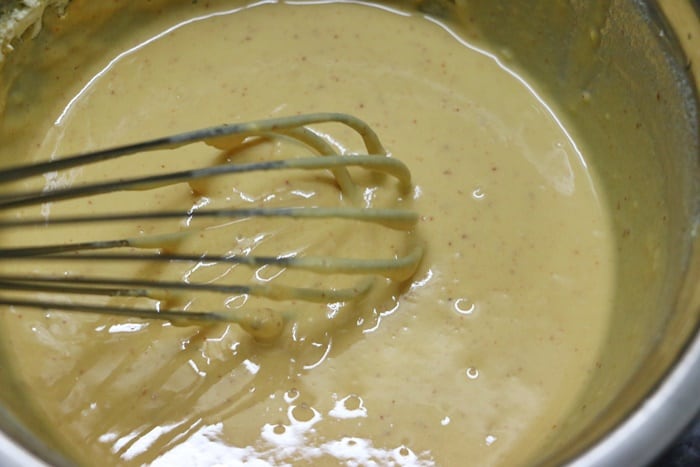 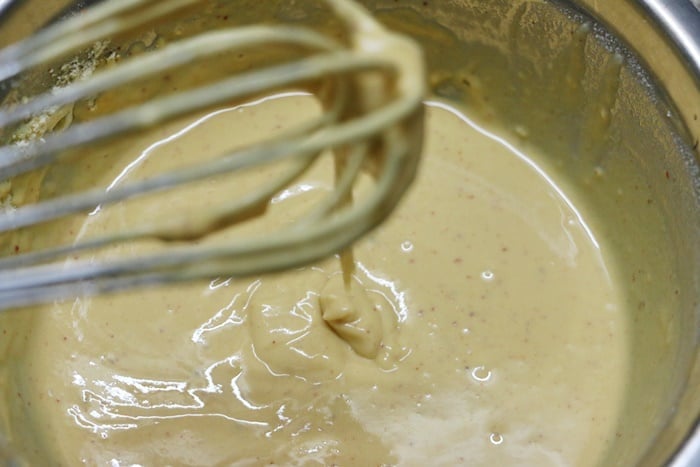 6. Take a banana chilli dip in the prepared batter and coat well. Slide carefully into the hot oil. Wait till the frying noise ceases. Flip to the other side and fry. Deep fry until golden brown. Remove to a kitchen towel. repeat the same with all the chillies. 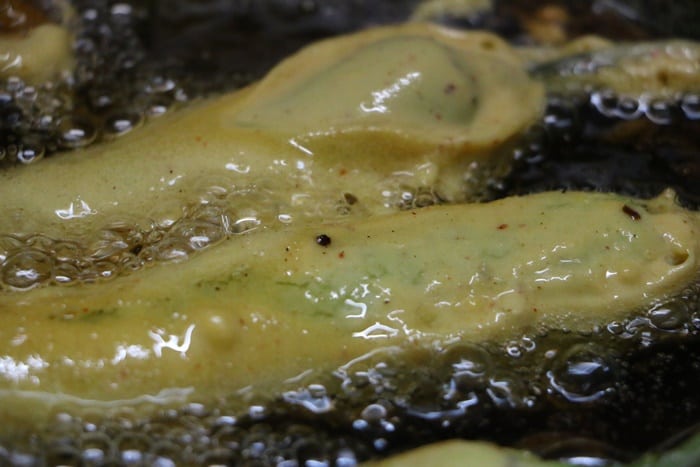 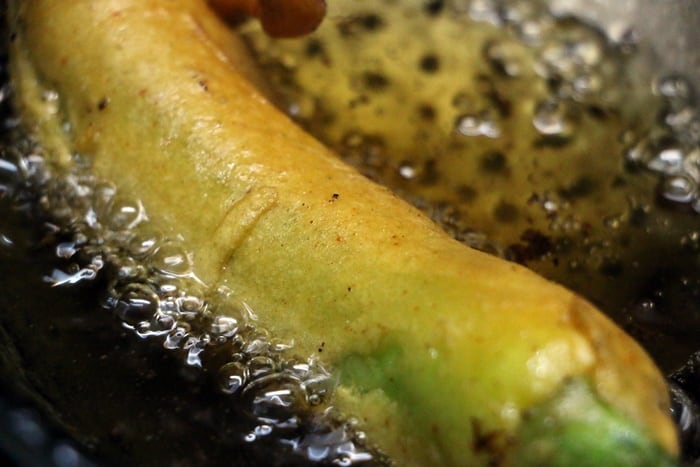 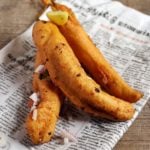 1. you can add 1 teaspoon curd to the batter if ou do not want to add soda.
2. You can add 2 teaspoons rava for more crispy bajji
3. You can deep fry 2-3 chillies at a time depending on the size of the frying pan.
4. Make sure you add enough oil so that the whole chilli get immersed and fried up well.