Vada pav recipe with homemade laadi pav. Vada pav is a popular Indian street food and especially a favorite in Mumbai. It is also known as Bombay burger and famously known as common man’s food as it cheap and affordable.
This recipe of vada pav is to make it at home from scratch just like what you get in streets of Mumbai!

Vada pav is basically a sandwich of spicy batata vada between soft pav with a smear of various chutneys. It is served with a side of fried green chilies. As with any street food recipe there are many variations with wada pav also.
To make vada pav you can easily use store bought pav. Pav means small buns and the famous laadi pav is what preferred for this recipe. You can make pav at home with plain flour or whole wheat flour. Also check out this baked vada pav recipe
The other ingredients we need for making vada pav are batata vada, sweet chutney, green chutney and a spicy dry garlic powder. Furthermore we can serve this snack with a couple of fried chilies for a complete experience. 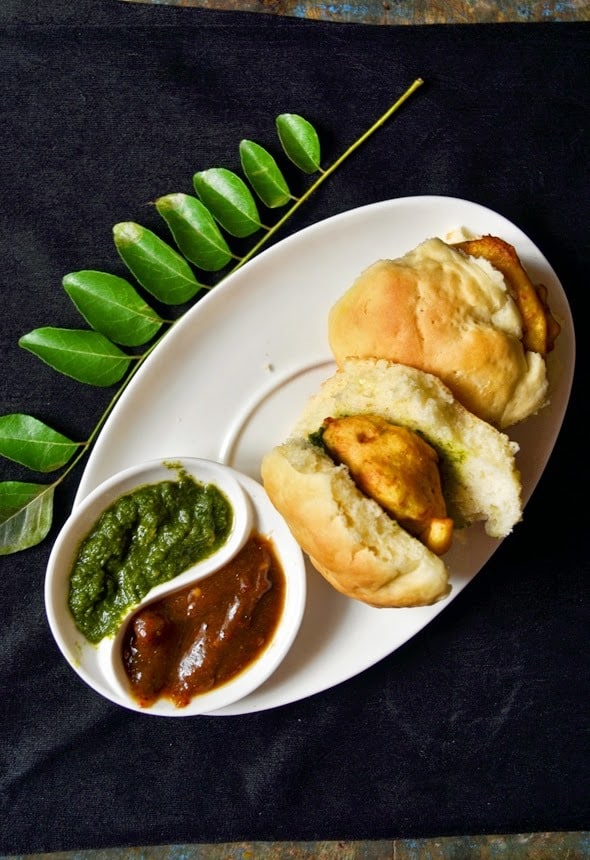 So it is really easy to make vada pav at home with little bit of planning. You can easily make the chutneys and pav the previous day. Make the batata vada just before serving, assemble and serve vada pav hot. You can use only the chutneys you like in this recipe.
Serve vada pav hot with tea or coffee. It is good for breakfast also! 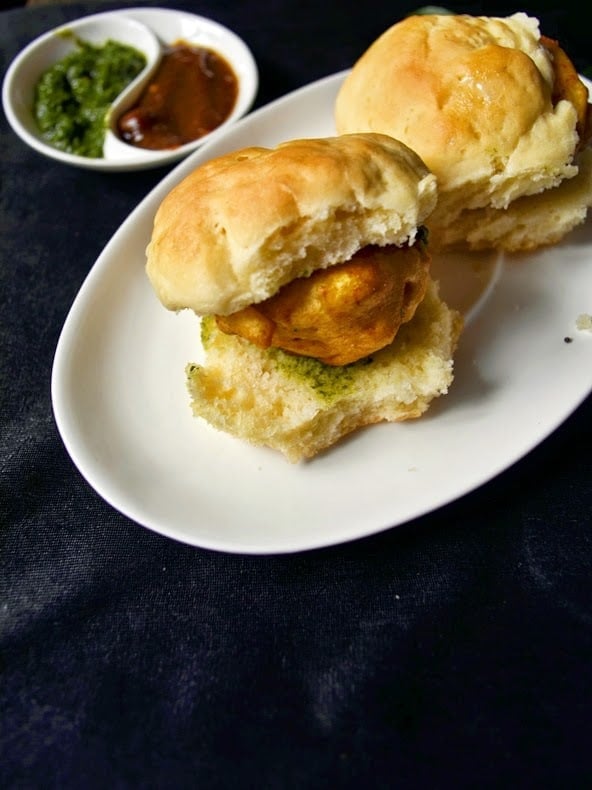 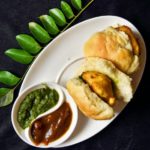 To make vada for vada pav.

To assemble and serve vada pav